The City of Longview and Beacon Hill Water and Sewer District (BHWSD) supply customers with groundwater sourced and treated at the Mint Farm Regional Water Treatment Plant (RWTP). The Mint Farm RWTP reliably produces drinking water that meets all regulatory standards but a 2014 survey found the majority of customers were unsatisfied.

In 2016, the City investigated going back to the Cowlitz River using horizontal collector wells but this option is no longer being considered due to disappointing water quality results. Instead, focus shifted to improve water quality through optimization of the Mint Farm RWTP.

Based on an average increase of $12 to $15 per month for a typical single family household, a decision was made not to remove silica. This decision may be revisited at a later date once benefits of dissolved oxygen are seen.

Exploratory wells were drilled in January, 2016 to evaluate four possible sites where a horizontal collector well could be located on the Cowlitz River. Two sites proved feasible in regards to capacity but water quality testing showed high levels of iron, manganese, hardness and silica, the same constituents which have caused many of our current customer complaints. View the components of the study below: 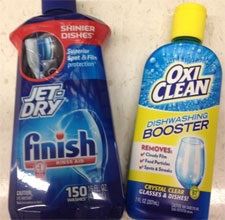